Does Brian go back to Middle East?

Brian was scheduled to be deployed to Afghanistan in February of this year, but his orders were changed to Japan. He spent time in Japan, helping out after the tsunami. He now lives in Virginia.

How did the author know what happened when Nubs was alone in the desert?

We don’t know exactly what happened to Nubs as he trekked across seventy miles of barren dessert to find Brian. But we do know his journey was through the icy cold snow of winter and that he had a punctured lung. We also know there was little food or water to be found, and that this territory was fiercely protected by wolves and wild dogs.

Brian told us that Nubs doesn’t like wooden or slippery floors. This is probably because, in Iraq, he was used to walking out of doors in sandy or rocky terrain. Now he is an indoor dog, walking on wood, tile and carpeted floors!

Did Brian ever stop being a soldier to have Nubs as a pet?

No, Brian is still a Marine!

Did they get another dog?

Nubs has a brother named Bogie. Brian had adopted Bogie before he left for Iraq and found Nubs. Bogie and Nubs play together and get along like brothers!

Did Nubs get married and have babies?

Not that I know of! Nubs is Brian’s baby!

Are you going to write more books of other dogs?

Kirby Larson and I wrote another book about a cat and a dog, called Two Bobbies: A True Story of Hurricane Katrina, Friendship and Survival. If you haven’t already read about the Bobbies, you will love their story! They were on TV, on a cable news show called Anderson Cooper 360, CNN.

We will definitely write many more inspirational stories about animals. We are passionate about animals and the wisdom they have to share with us.

Who took all the book pictures?

The Marines on Brian’s team were each given a camera when they were deployed to Iraq. They took lots and lots of pictures of Nubs, and of Brian and Nubs together. And they were very kind and generous to let us use their photos in the book. They are part of the team of people that helped to create this book about Nubs. And we are very grateful to each and every one of them.

Do you have a dog?

I have a cat! I call him my Baby Muse because he inspires me every day while I write. He even has his own fan club! Here is his official biography:

Dashiell A. Nethery is a New York Times, USA Today, and Publisher’s Weekly bestselling Baby Muse at the tender age of three years and has collaborated with his beloved cousin, Winston B. Larson, on the creation of Nubs: The True Story of a Mutt, a Marine & a Miracle (Little, Brown, 2009) and Two Bobbies: A True Story of Hurricane Katrina, Friendship and Survival (Walker, 2008). His newest muse-inspired book, coming out in June 2010 from Clarion, is The Famous Nini: A Mostly True Story of How a Plain White Cat Became a Star, illustrated by John Manders.

Dash was raised in an orphanage in Atlanta, Georgia; until the age of three months, when luck shone upon him and he was discovered by his true parents with whom he now happily lives in Eureka, California. When he’s not hard at work in his muse basket, he likes to conjure up low-tech games like Grab a Leg and Run or Sneaky Spy. He also enjoys lounging, dancing with his favorite ribbon, sampling exotic cuisine, and listening to picture books.

Thank you Mary for writing this amazing story!

Thank you Ms. Janice for your book talk!

Thank you Ms. Verena for encouraging your students to make questions! 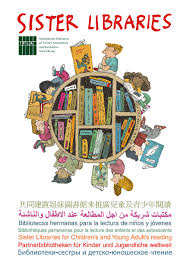 Get connected at your library!

We love to help! 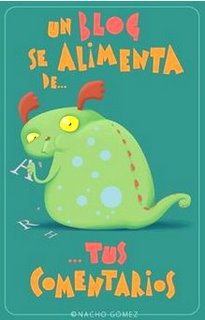